Interstate Battery Delivery & Installation Near Me 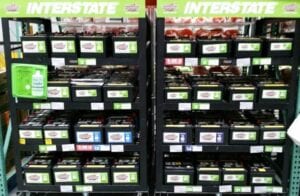 Searching the internet for an Interstate Battery, battery delivery & battery installation near me?

When in need of a car battery why not replace it with the outrageously dependable, award(s) winning, voted #1 aftermarket replacement battery on the market today, hence the one and only Interstate Battery. Our Chicagoland car battery store has you covered!

Interstate Batteries Near Me

Interstate Batteries, a.k.a. Interstate Battery System of America, Inc., is a US privately owned battery marketing & distribution company. They market all kinds of different types of batteries including what you are probably in need of automotive batteries, that are manufactured by Johnson Controls manufacturing, Brookfield Business Partners, Exide Technologies, and various others through independent distributors.

This battery company is headquartered over in good old Dallas, Texas. Not only are they on top of the automotive battery industry market but also the marine & RV, mobility, motorcycle, lawn and garden, everyday home use and other lines of batteries in the starting, lighting and ignition (SLI) markets.

Interstate Batteries is a global battery company that operates a distributor network that supplies batteries to well over 200,000 dealers world wide hence not just the US. They also have distributors in Bermuda, Bolivia, Canada, the Dominican Republic, Guatemala, Guyana, Haiti, Honduras, Nicaragua and Panama. In addition to, they also operate over 200 corporate and franchise owned battery retail stores which are dominantly based in the US.

Are you ready for some Interstate Battery History? Back in the spring of 1950, there was a John Searcy that began selling and delivering Interstate car batteries before they were even called Interstate Batteries to wholesalers in and around the Dallas/Fort Worth area from the back of his pickup truck. After about two years or so, Searcy founded his new company. Can you guess what he named it and why? He named it Interstate Battery System after the new interstate highway system that was being built across the good old U.S. of A.

In 1978 (the same year our founder was born), John Searcy retired and left the company in the hands of President and Chairman Norm Miller. Norm’s passion continued the company’s expansion & growth which by the 1980’s Interstate Battery had distributorships in all 50 US states plus Canada.

During this time frame they also threw the Interstate Batteries Great American Race into the mix. This race event went on for about 13 years, it was all about vintage car owners and their vehicles going on a two-week, cross-country rally. This event grew into many other marketing ideas including: advertising on the Paul Harvey news radio show, running national TV commercials, and sponsoring racing events.

Jump Start Service
Sunday, October 30, 2016
★★★★★
“ I've used this service twice and have always had a great experience. They also have a shop that does service and repairs, etc. Based on my experience with the roadside aspect of their work, I know where I'll be taking my cars the next time they need work. Hands down, a great experience.”
- Matthew Hector
Interstate Battery Delivery & Installation Near Me
1835 High Grove Ln #103Naperville,IL
6302002731$70 - $250 Overall rating: ★★★★★ 5 based on 35 reviews.
5 1
Anonymous

Need a local towing service in Naperville, near me or any surrounding Chicagoland?"Positive: Professionalism, Punctuality, Quality, Value." Sounds like a winner!"Honest service that was on time. Friendly and professional. Helpful under tough circumstances for me. They've earn my business and recommendations going forward."g.co/kgs/WDpAqtAnother Happy Customer!If you want the best towing service you want to start by calling the best towing company. How can we be of assistance? Call now, later, 24-7!Tow Recover Assist1835 High Grove Ln #103Naperville, IL 60540630-200-2731#Towing #TowingService #TowingNearMe ... See MoreSee Less

Need a local towing service in Naperville, near me or any surrounding Chicagoland? "Positive: Professionalism, Punctuality, Quality, Value." Sounds like a winner! "Honest service that was on time. Fri...
View on Facebook
· Share

What inflation? – Illinois tow biz says it's a bad time to raise prices for services. "Everyone is in a bad financial situation, and we don’t want to exacerbate it by raising prices. In fact, our prices have remained unchanged for years." @TowingNearMe t.co/kPLyFTxite t.co/Pu9xxWbGCuTow Recover Assist1835 High Grove Ln#103Naperville, IL 60540630-200-2731 ... See MoreSee Less

“What inflation? – Illinois tow biz says it's a bad time to raise prices for services. "Everyone is in a bad financial situation, and we don’t want to exacerbate it by raising prices. In fact, o...
View on Facebook
· Share