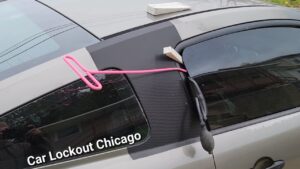 In need of a car lockout Chicago due to you locking your keys in the car? No worries, our team of car door unlocking experts in Chicago have all your vehicle lockout service needs covered throughout Chicagoland.

Did you lock your keys in the car again, hoping to locate a car lockout service in Chicago, near me, that you can count on, trust & afford? If you are reading this you are in luck, our team of vehicle lockout technicians have been unlocking car door hence offering our car lockout service for almost 30 years.

Auto Lockout Service
Friday, October 28, 2016
★★★★★
“ I have had a bad year for locking my keys in my vehicle ( 2 times in the last 6 months!) and tonight I found myself in the same situation again, and not able to get into my house since the house keys were with the car keys. I googled Lock Out Service and my zip code on my phone and Towing Recovery Rebuiilding Assistance Services came up first so I called them. I was anxious to get someone to come as soon as possible because I was stuck outside in the winter with 2 dogs and a puppy and we needed to get inside to get warm! Corry, the guy that answered the phone said he could be there in 10 minutes and he actually was there when he said he would be. Within 10 minutes he had my car unlocked, only for me to find the keys weren't in the vehicle at all. I had dropped them while I was struggling to hold groceries and walk the 3 dogs to my door. Being a very friendly and helpful guy with a great flashlight, he helped me looked for them in the snow, and we found them! I've never had a person from a tow company go out of their way to help like that. I would highly recommend this company to anybody who needs help getting into their car, or needs their car towed for a reasonable price. They even do replacement battery service on site. I hope I never need that service, but if I do, I'll be calling them. Corry even helped me not feel so stupid for thinking I locked my keys in the car, when they were right outside in the snow.”
- Cindy F

Auto Lockout Service
Friday, October 28, 2016
★★★★★
“ My girlfriend had locked her keys in her truck just before she had to leave for work. I called them and they came right out and unlocked her truck, she got her keys and she was off to work. Quick, easy, painless and very reasonable with the price. From now on if I have a flat, need a tow, or a lock out I'm calling these guys!”
- Walter Huff

Locked Out Of A Car In Need Of A Car Lockout Chicago?

If you are locked out of your car in Chicago or any other Chicago Metropolitan searching the internet for best car lockout Chicago near me and are reading this, you found us for a reason.

Car Lockout Chicago –
Central, Near North, Near South Side

Did you just move to Chicago and during the moving in process lock your keys in the moving truck but don’t yet know which Chicago neighborhood you reside in but you know the zip code? Don’t you worry, you can count on our team’s lockout service skills in the following Chicago zip codes plus beyond:

Car Lockout Chicago Near Me

Need a jump start in Naperville, IL, AKA is your vehicle telling you click, click, click and or nothing? No worries, Tow Recover Assist hence local Naperville battery expert / towing company is here to save the day. Call our team at 630-200-2731 now, later, 24-7!#jumpstart #jumpstartnaperville #batteryproblem ... See MoreSee Less

Need a jump start in Naperville, IL? No worries, Tow Recover Assist has you covered. From jump starting your battery to teaching you how to do it.
View on Facebook
· Share

From a jump start in Naperville to any other Greater Chicagoland, our team of battery experts have all your jump start service needs covered. From needing a dead car jumped to a big boy semi-truck jump start, you can count on our jump start and battery service A-Z. Call our team over at 630-200-2731 now! ... See MoreSee Less

Need towing in Naperville, near me, or any other Chicago Metropolitan Area you can count on? Not all towing companies are created equal by any means especially when talking about towing companies in Naperville, IL. When you want the best towing service experience you need to call the towing company that offers the best towing near me. How can we help you? Call our team at 630-200-2731 now!patch.com/illinois/naperville/classifieds/announcements/293527/towing-in-naperville-il-near-me-ch...#TowingInNaperville #towing #naperville ... See MoreSee Less

Local Announcement: Towing In Naperville, IL, Near Me, Chicagoland You Can Count On